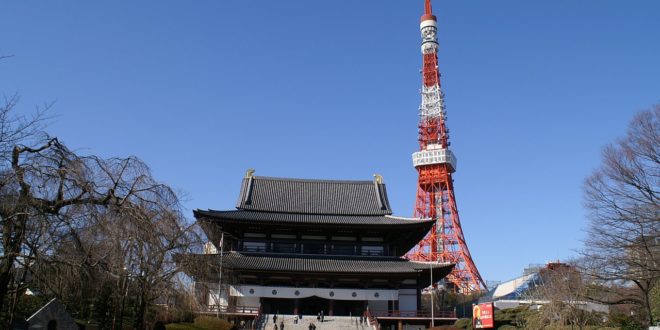 How to enjoy “Zojo-ji Temple”

The Buddhist temple “Zojoji”, a Buddhist temple of the Jodo sect, located in Tokyo Tower in Minato Ward, Tokyo, is a temple related to “Ieyasu TOKUGAWA” who is an indispensable person to talk about Japan’s history.

Since it has a sense of Japanese history and culture, it has become one of Tokyo’s popular tourist spots, focusing on not only foreign tourists but also those who love history and love temples.

In this article, we introduce the attractions of the “Zojo-ji Temple” (Zojo-ji temple) and the seasonal events that vary depending on the season.

The appeal of Zojo-ji Temple and the basic information

In the vicinity of Zojo-ji Temple there are many ancient tombs and temples that have a sense of history, and just next to Zojo-ji Temple, there are Tokyo Tower, one of Tokyo’s famous sights, and many sightseeing spots.

As a result, the popularity of the tourist spots is so popular that it is included in the Tokyo sightseeing course, but nowadays it has become popular as a “power spot” from various points of history, and attracts about 1,000,000 visitors per year.

“Zojoji,” which has a history of about 600 years of history, is a famous temple that is known for its relationship with the “Ieyasu TOKUGAWA” who is absolutely indispensable to talking about Japan’s history.

It is a popular spot that can be incorporated into the Tokyo sightseeing course because it can be touched by Japanese history and culture, but it is very popular as a cherry blossom viewing spot in the spring, not just for sightseeing purposes, but also for a stroll for a wide range of grounds.

The history of Zojo-ji Temple

In the Azuchi-Momoyama period, when “Ieyasu TOKUGAWA” became unified in eastern Japan, Zojo-ji Temple was chosen as a Buddhist temple for Buddhist affairs of the Tokugawa family.It is said that Ieyasu was deeply trusted and relied on the power of the chief priest at that time.

It is said that it was relocated to the land of present-day Minato Ward, Tokyo in the Keicho 3 years, and it was very strong with the strong support of Duke Kang of Qi after that, and it prospered vigorously.

However, in the Meiji period, the fire was caused by 2 fires, and the Hall of fame and other places were burnt down in addition to the Otono.It was rebuilt during the Taisho period, but it was burnt down again during the war during the war in 1945.

There is no dedicated parking space in Zojo-ji, so let’s use a nearby coin parking lot when you come by car.

Zojo-ji Temple is characterized by a wide range of sightseeing spots on the vast grounds.

I’ll introduce you to the attraction and highlights of the popularity of Masuzo-ji, which continues to be supported by many generations as Tokyo tourist spots, and the must-see points.

The grave of the Tokugawa Shogun family

The grave of the Tokugawa Shogun family (old Tokugawa Family Mausoleum) was burnt down by the air raids in 1945, but in 1958, the Cultural property protection commission was excavated by the Cultural Property Protection Commission. Tokugawa Family Mausoleum.At that time, the Committee on the Protection of Cultural Properties, which had been excavated, was cremated after a thorough examination, and was buried again in the grave of the current Tokugawa Shogun family.

The Tokugawa shogunate, who was buried in the tomb of the Tokugawa Shogun family, 4

In addition, it is said that a total of 38 people including the shogun’s concubine and other women were sleeping in the grave of the Tokugawa Shogun family.

The black principal image is “Amida Nyorai statue” which is a secret treasure of Zojo-ji Temple.

In Zojo-ji Temple, the black principal image is not open to the public, but only 3 times in the year of “January and May, September 15,” it is possible to pass the Buddhist memorial service.

There are “Shaka Sanzon Statues” and “16 Rakhan Statues” on the second floor, but it is not possible to see them because they are not open to the public.

“Otono” is the main hall of worship in Zojo-ji Temple.

After the war, he spent 4 years in 1971 and spent a huge amount of construction cost to rebuild the new Otono.

There are 25 steps to the Otono, and it is said that the 25 people come to pick the “25 Bosatsu” from the Pure Land together with Amitabha from the pure Land.

You can enjoy the taste of soba noodles and udon noodles while enjoying the four seasons of the temple.

In particular, Warabi Mochi, which is eaten while drinking tea, has a different flavor.

The “Zojo-ji Treasure Exhibition Room” is an art museum located on the first floor of the main hall of Zojo-ji Temple, which has been developed and developed as a family temple of the Tokugawa Shogunate by Ieyasu TOKUGAWA, and was opened in April 2015, 400 years after the death of Ieyasu TOKUGAWA.

After that, it was kept very important, but the British Royal Family was strongly requested to open this splendid model to the public in Japan, so the exhibition at Zojo-ji Temple was realized.

Opening hours : 10 am to 4 pm
Closed : Tuesdays * Tuesdays are open if it is a national holiday.
Admission : General 700 yen * General Admission ticket 1,000 yen for the Tokugawa Shogun family.

The ceiling on the ceiling of the large hall, located on the third floor of the “Kosekden,” which was built as a lecture hall in Zojo-ji Temple in 2000, has a picture of the image of the four seasons in Japan, which was painted by the hands of 120 Japanese painters who represent the modern day.

It is a very precious exhibition because it is impossible to see many Japanese painters at once among many ceiling paintings in various places in Japan.

The annual events of Zojo-ji Temple

Throughout the year, there are various events held at Zojo-ji Temple in Zojo-ji Temple, including events where ordinary people can easily participate in events.

I’d like to introduce you to the main annual events that I want to participate in during the sightseeing.

The “Sunday Otono Sermon” held every Sunday at 9 am is a 1 hour sermon in Otono.

Based on different themes every week, you can hear various stories from the priest of the Jodoshu Sect.

Regardless of religion, the ordinary people can participate freely, so please feel free to visit them.

There are not many of them, but the first time to visit Zojo-ji Temple, there are stalls open in the precincts of the temple.

In addition, on the special stage, there are events such as mochi pounding and oni-gai.

It is said that the’ Bon Odori’ (Bon festival dance), which was a summer tradition, started with the dance performed to entertain the spirits of their ancestors during the Obon period and to pray for them.

It is an event where a wide range of generations, from adults to children, can participate in the event together.

The “Minato Ward Festival” held every year in the beginning of the tenth month of the year, divided into various areas such as “Zojo-ji” and “Minato Kuyakusho”.

At the special stage, which is located in front of Otono Mae in Zojo-ji Temple, you can enjoy various programs such as Taiko, ice sculpture, Dance, Gagaku and so on.

In addition, there are also exhibitions of works such as flower arrangement, tea ceremony, paintings and other works, as well as free consultation by companies and government agencies.

There are few places where you can put a bell in the night of the night in Tokyo, so it is an extremely popular event that you can enjoy a special experience that you can’t taste elsewhere.

There are limited number of people, and you need to apply beforehand, so you need to be careful when you visit.

On December 1, it began to be handled at the center of the second floor of the hall at 9 am.
The amount of money : 2,000 yen (with a souvenir)
* There are limited numbers.Please understand.

The number of foreign tourists visiting Japan continues to increase every year.The reason why many foreigners visit Japan is “Culture of Japanese culture.”.

Since it had a relationship with Ieyasu TOKUGAWA in Zojo-ji Temple, it has been supported by many people since ancient times.

Because it is possible to learn about the good “culture” of Japan’s old good “culture” at the same time, it has been growing rapidly as a tourist spot.

I found that it was more close to the event than to hold events and events that were held not only as tourist attractions but also for local residents.