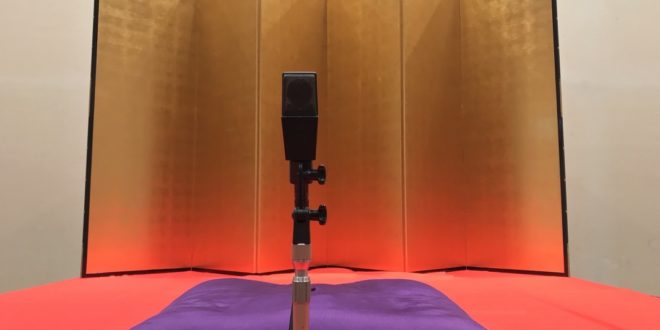 How to enjoy Ikebukuro Engeijo Theate

First of all, the basic information of Ikebukuro Engeijo Theater.

After the renovation after renovation in 1993, the entertainment hall moved to the basement floor and became 92 seats.The back of this chair comes with an assembly table like a bullet train.It is OK to bring food and drink, and it is possible to eat and drink in the same way.

In addition, Ikebukuro Engeijo Theater is a small entertainment hall located in a limited space on the basement floor.I can feel the breathfulness and expression of the performer, and I like this entertainment hall!There are a lot of favorites.

Yose, a traditional Japanese art, is expensive!You may think of it, but you can enjoy Yose at an affordable price, such as various discounts.Why don’t you go to a small, homey Ikebukuro Engeijo Theater?

Ikebukuro Engeijo Theater is a location close to Ikebukuro Station and is very accessible from the train.

After leaving the north exit, turn left and move to the left by about 50 m.If you see the gate on the west first avenue, you’ll get there.There’s a Ikebukuro Engeijo Theater on your left hand just after you get through the gate.It’s easy to understand as there is a signboard of up and programs.

* The public underground parking lot is cheaper during the daytime, but the maximum price is not set, so if you consider the maximum price, 2.If it is within 5 hours to 4 hours, the coin parking fee is cheaper.Let’s choose the parking time and the number of parking.

12:00 ~ 21:00 every day except between 12/29 and 12/31 of the year-end
On the first to tenth of every month, it is held.
On the eleventh to the twentieth of every month (Nakaba)
The twenty first to thirtieth days of every month
On December thirty first (month in which there are 31 days in December), the plan of the project is held.
* The Rakugo Association and the Rakugo Art association are in charge every 10 days, and the program and the performer change.

* Except for the special show, you don’t have to change the day or night.You can see it from noon to night.

※ There is a daily change between the day of the day and the evening of the night.

– 31 days’ remaining meeting
On December thirty first except December, the performances are held, but the time is different depending on the plan, so you need to make sure to check.

Day : 2,000 yen for general and student, 1,500 yen for children (special show may be changed)
Evening : The daily fee varies depending on the daily special meeting.

● The fee varies depending on the plan on the thirty first.

Congestion Time and Congestion Information
It is often available during the daytime on weekdays, but at the time of the popular Rakugo storytellers, there are some cases where there is a standing watch.It is also crowded during the year-end and new year and Senshu Raku, and it may be seen as standing or overflowing.Get information, and try to get there early at the time of the popular performers and programs.

Tickets for Ikebukuro Engeijo Theater usually don’t have to be reserved or pre-sold, but they are purchased at the ticket counter at the local ticket office on the day.However, the special performance of the popular Rakugo storyteller and the special meeting of the Rakugo Association seem to sell advance tickets.
Get the latest information on the web page.
Ikebukuro Engeijo Theater URL : http://www.ike-en.com/
Rakugo Kyokai URL : http://rakugo-kyokai.jp/
The Rakugo Art association URL : https://www.geikyo.com/index.php

In the case of entering halfway, be careful not to disturb other visitors, such as the time when the performer shifts to the front seat.

Ikebukuro Engeijo Theater has fewer seats than other seats, so the storyteller and the audience can enjoy a sense of unity.In addition, every seat is close to a storyteller, and the gesture, expression and gesture, and voice are very well conveyed.

Rakugo is a kind of storytelling performance, and it is characterized by the fact that there is “Ochi” at the end of the story.A storyteller sits on a Zabuton, with gestures and gestures, while changing his voice, he performs the story by himself and continues to speak.

Manzai is a speech performance by 2 people mainly.He laughed at the 2 funny quarrels.Many have a role called blur and tsukkomi, and jokes often talk about funny things during conversation, and they get laughed at by a clear mistake or misunderstanding in the conversation.

In Ikebukuro Engeijo Theater, there are a variety of arts called Iromono in the program in the programs so that the audience doesn’t get tired other than Rakugo and Manzai.It is a melody that uses shamisen (a traditional Japanese shamisen), a folk song, a paper cut, and a magic.

In Ikebukuro Engeijo Theater, magic is described as magic in the program table.The magic show, seen between Rakugo and Manzai, is fresh!

Ikebukuro Engeijo Theater is an entertainment hall where you can smile from the bottom of your belly and cheer up.And the traditional Japanese performing art called Yose is a place where it seems wonderful.

Unlike when you hear Yose in a big hall at a local performance, Ikebukuro Engeijo Theater is a small space, and it is very close to a storyteller.The sense of unity between the Hanashika and the audience is exceptional.

The Rakugo that I hear live is the best.Why don’t we go to Ikebukuro Engeijo Theater to experience a very pleasant time that we can share energy from a storyteller?