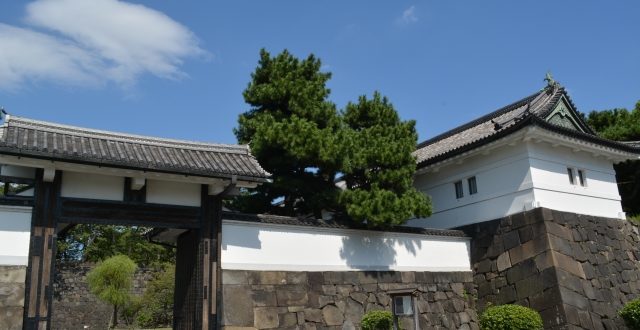 How to enjoy the Imperial Palace and guided tours

Basic Knowledge of the Imperial Palace

The current Imperial Palace was a place that served as the center of Japan in the Edo Castle during the fifteenth generation of Tokugawa.After Emperor Meiji moved from Kyoto Gosho to Edo-jo Castle in 1868, it was used as the Imperial Palace where the Emperor lived until now.

The Imperial Palace area can be divided into the following 4 areas.

4 areas of the Imperial Palace

It is important to keep the features and highlights of these 4 areas in order to enjoy the sightseeing of the Imperial Palace.Let’s take a closer look at each area.

Kōkyo Higashi-gyoen is an area where you have renovated a part of the main circle, Ninomaru, and Sannomaru of the old Edo-jo Castle.There are many attractive spots where you can feel the ruins and history of castle ruins in Edo Castle, and flowers bloom in each season in the gardens.

It is also available as a general counselor, and it is recommended for holiday spots on holidays.Admission fee is free of charge, so you can easily attend it, but please be careful as the following schedule is closed.

Also, the opening time varies depending on the season, and the opening starts at 9 am, but there is a difference in the range from 16 to 17 in the season, so it’s better to be careful about closing time when you visit around the evening.

There are 3 types of doorways in Imperial Palace East Gardens.

There is a reception counter at each entrance, so you will have to get an admission card there.You will need to return the admission card when you leave the kindergarten, so be careful not to lose it even after you get it.

Ote-mon Gate is a 10 minute walk from Otemachi.It was built by Masamune Date in 1620 on the front gate of the old Edo-jo Castle.

The Otemon gate is an important tourist spot, but it is a valuable tourist spot where you can feel history, so please enjoy it while you enjoy it.

Kita Hashikado is a doorway close to Takeshiba Station.In the old Edo Castle, it became a castle gate close to many of the north’s Honmaru, and since it was a place connecting the important point and the outside, it was a defensive place where a moat was built up with the deepest stone walls compared to the other gates.

As the name suggests, bridges are structured to jump up, allowing people to interact with people or to escape secretly when dangerous.

The name of Hirakawa gate derives from the names of Kamihirakawamura and Kawakawamura, which were located around Hirakawa Gate in the Edo period. Shimodaira.

At the Imperial Palace, it is the only entrance where wooden bridge is left, and you can see a Giboshi built in the Kanei and Keicho eras.The stone walls that can be seen from wooden bridge are called Ishinohazama, and they were constructed by Takatora TODO, a busho (Japanese military commander) in the Sengoku period (period of warring states), who was regarded as a master of construction.

The Hirakawa gate was also used as a regular entrance, but it was also used as an entrance for criminals and bodies as a unclean gate.The Ako Roshi, who was famous for his the 47 Warriors, was moved from the Hirakawa Gate to the residence of Tamura, who had been in the vicinity of Shinbashi 4 chome, and committed seppuku.

The Hirakawa gate is a building that you can feel history, so please take a look at it when you enter or exit.

Fujimi Yagura is the only Mie Yagura that remains as the remains of Edo-jo Castle.The structure is very beautiful, and it looks like if you look from the front as you look from any angle, so it’s also famous as a “Yagura front yagura.”.

It disappeared once in the great fire of Meireki in 1657, but it was rebuilt in 1659 after 2 years.It remains unwavering at the time of the Great Kanto Earthquake, and remains as a remains to convey history to so far.

It is now possible to climb up the stone walls, making it a tourist attraction where you can spend a lot of time thinking about history.

The Karaku Hall is a music hall built to commemorate the return of Kojun, the empress of Emperor Showa.Because the birth month of the Empress who loves music was March, it was named “Momka” because of the Momo-no-Sekku.

The roof is shaped like a petal, and the outer wall is decorated with a bird’s pattern of birds.It is a hall where you can accommodate about 200 people, and there is still a concert.

Ooku is a place where many women lived, from his lawful wife to a and a maid in the era of Edo-jo Castle.In the heyday of the Edo period, it is said that nearly 3,000 women lived, so they can be thought of as a gorgeous space in the old times.

It is now a spacious, beautiful lawn area, and no buildings are built.There is a rest area near the toilet near the Ooku, so it’s better to take a break there.

Fukiage Gyoen is a garden located on the Hanzomon side of the west side of the Imperial Palace.There are Fukiage Gosho where the Emperor and Empress live, and the Bunko Library which was used as an air defense facility during the war.

There is a nature observation meeting held in May and November every year in Fukiage Gardens, so please participate in it if you have any chance.

Kitanomaru Kōen is a forest park created in the late 1955 s, and it is a scenic spot for beautiful nature and spacious lawn, pond and trees.It was renovated in 1969 to commemorate the recalendar of Emperor Showa, and the public opening started.The Japan Budokan, Science Museum, Craft museum, National Archives and National Museum of Modern Art are also located in this Kitanomarukoen.

It is famous as a famous spot for cherry blossoms, and it is crowded with many people in spring for the purpose of cherry blossom viewing.

There are 2 bridges called “Shomon Ishibashi” and “Shomon Iron Bridge” in the moat that goes from the front square of the Imperial Palace to the main gate and the Imperial Palace.There are 2 bridges collectively called Nijyu-bashi Bridge, but it is called Nijyu-bashi Bridge because the “Shomon Iron Bridge” is a sturdy building with a double structure.

Wadakura Fountain Park is a beautiful park that combines water and greenery, completed in 1995.The large fountain in the park was built in 1961 to commemorate the wedding of the Emperor, and at the center of this fountain, it was built in the form of a park commemorating the marriage of Imperial Prince Tokuhito and Princess Masako’s Royal Highnesses in 1993.

There are lots of beautiful spaces in the park, such as waterfalls, murmurs, spherical fountain monuments, large fountains, and so on, and it has become a place loved by many people.

is popular among foreigners visiting Japan.
The Imperial Palace can be freely attended by individuals and procedures, but by participating in a tour with a guide, you can enjoy sightseeing while touching on the history of the Imperial Palace.

Kōkyo Higashi-gyoen is the most popular spot to attend general entrance to the Imperial Palace.There are many spots in the park where you can enjoy historical relics that can feel attractive history, and nature where you can enjoy beautiful flowers.

In Kōkyo Higashi-gyoen, the Kikuha Cultural Association is conducting a Borardia guide, and every Wednesday and Saturday, we organize a guided tour of 10:30, 13:20, and 2 times.

When you participate in a guided tour, you don’t need to make a reservation, and you don’t have to pay for it.It will take about 90 minutes, so if you want to visit Kōkyo Higashi-gyoen for the first time, please take a tour and watch it.

The Fukage-mien garden is also held, but you can participate in general visit from the website of the Imperial Household Agency.You can reserve up to 1 organizations, so you can use it on a group trip as well as 50.

There are 300 clerks on the day and 200 in advance, so you need to confirm the identity of the person.If possible, you will be able to participate in general visit with peace of mind if you make a reservation in advance.

For more information, please check it on the website of the Imperial Household Agency.
Fukage Gyoen General Visit