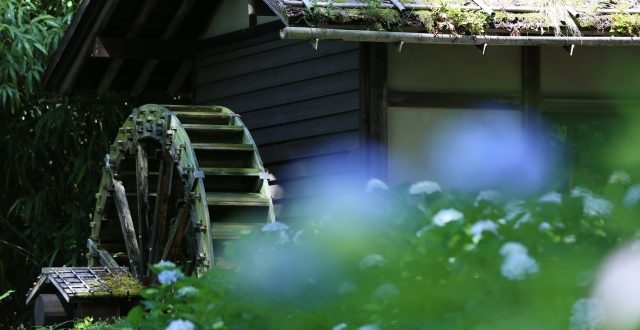 How to enjoy “Nabeshima Shoto Park”

The Nabeshima Shoto Park in the Kishu Tokugawa family, the tea garden and the made up of many historical sites, are located in the cities of Shibuya, but it is a quiet park in the park, and it is a quiet park where you forget to be in the city.The park overflows naturally and is a recommended spot for walking and picnics.

The characteristic of the Nabeshima Shoto Park is that there is a pond in the park, and this pond is made of spring water.The water turbine installed in the pond has a sense of elegance, and it can be said that it leaves the good old days of Japan.

Also, cherry blossoms and change can make you look at the four seasons.It is also recommended for viewing cherry blossom viewing and autumn viewing.Of course, there are playground equipment, so children can enjoy it as well.

In September, a portable shrine festival was held by the local residents.In Nabeshima Shoto Park, Ennichi is held every year, and it is a big success every year.Not only that, the event is held at irregular intervals, so why don’t you try sightseeing as well?

The history of the Nabeshima Shoto Park

Originally, this land, which was originally owned by the Kishu Tokugawa family, was the land that was paid to the former Lord of the Saga Domain in the Meiji period, and was opened in 1876, and the tea garden was opened to sell the famous tea.

In recent years, in 2015, we carried out the work on the pond in the Nabeshima Shoto Park.In addition to cleaning the pond, it is intended to improve the water quality and the extermination of foreign species.

I was able to clean the water of the pond and to perform the extermination work of the alien species.Thanks to this, it is possible to protect the native species, and the pond itself was able to be played back.

Before the Nabeshima Shoto Park, it was a tea garden called “Matsugunen,” and the tea made here was loved by many Tokyoites during the Meiji period.

Due to the opening of the Shinkansen, it was abandoned by the use of Shizuoka Tea, but by around 2020 it is planned to reproduce the tea garden.It will be a Nabeshima Shoto Park with a reproduced traditional scene, even more beautiful than now.

The area of the Nabeshima Shoto Park is described on the page of the administrative district if it is 5,012 square meters.This is equivalent to 26 tennis courts.From this fact, it can be said that it is a park of a vast expanse.
 Access method

If you come to the Nabeshima Shoto Park, let’s enjoy not only children but also adults.You can enjoy not only the playground equipment for children, but also the surroundings of the pond.

First of all, some people come to see the lush greenery and beautiful pond planted in the Nabeshima Shoto Park.Why don’t you try to find your own photogenic spot?

In addition to turtles and carp, there are also small fish such as killifish in the pond.Killifish are now designated as endangered species, so they are rare creatures.

Cherry blossoms and autumn leaves in the spring

In addition, hydrangea is planted, so you can enjoy the changing of the four seasons.

Why don’t you look into the park slowly while watching the plants that change colors every season?Although it is in Shibuya, the Nabeshima Shoto Park without noise is so calm that you forget to be in the city.

When you are tired of the hustle and bustle of the city, or when you want to heal in the green, why don’t you stop by the bench slowly and relax?The green richness of the Nabeshima Shoto Park can be said to be a park where not only the tired body but also the heart can heal.

A water bath with natural spring water and a water turbine

There are 1 3 springs in Shibuya ward in Shibuya ward, and this is the Nabeshima Shoto Park pond.The water in the pond is transparent and the trees reflected on the surface of the water are beautifully reflected.The water turbine in this pond will be able to feel Japanese taste.

Please try to see the water wheel that you rarely see in Tokyo by Nabeshima Shoto Park.

, such as turtles, carp, and ducks in the pond

There are a variety of living creatures in the pond of the Nabeshima Shoto Park.The ducks who swim slowly in the pond will be healed with love.You can also see turtles and carp swimming from the walking path.In addition to these organisms, local species of small fish such as Stone moroko and killifish are also living, and in the Nabeshima Shoto Park pond, the regeneration of native breeds is concentrated.

In the spacious park, there is a playground equipment, such as a slide and a swing, centered around the big trees.It can be said to be a relaxing place for children in nearby areas and students from international schools that are nearby.

I also recommend visiting a picnic on holidays and visiting with my family.Also, it’s a good idea to visit them as a rest for children who get tired of sightseeing in Shibuya.

The Nabeshima Shoto Park is a park that not only loved by neighbors but also loved by tourists.It is good to have a water wheel and beautiful nature, so I recommend you to observe the creatures that you can’t see easily in Tokyo, and also walk around the picnic.

There is also an art museum nearby, and you will be able to see the history of Matsuo.Why don’t you enjoy the charm of nature, which you can’t really enjoy in Tokyo, in Nabeshima Shoto Park?The quiet and relaxed atmosphere of the park is sure to soothe your heart and body.