Home / Travel / Tokyo Travel / How to enjoy the Suga-Jinja Shrine 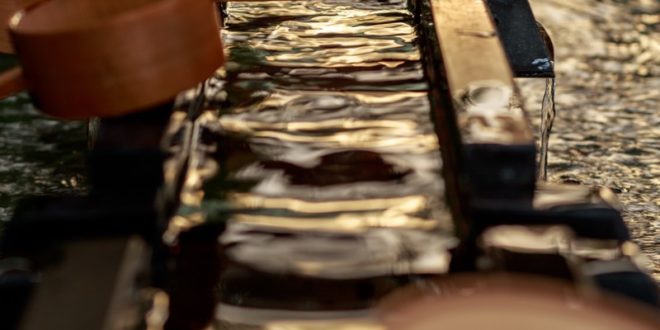 How to enjoy the Suga-Jinja Shrine

The “Suga-Jinja Shrine,” which is enshrined in Yotsuya since the beginning of the Edo period, was published in 2016 by the long-animated animation film “Kimi-no-mei.”.There are many fans from around the world as the land of pilgrimage to the sacred land.

In this article, I’ll show you how to enjoy Suga-Jinja Shrine, which still attracts fans.If you haven’t visited yet, please try to refer to it.

“What’s the name of Kimino?Suga-Jinja Shrine, which is famous as a sacred place for the holy land, is a place where fans want to visit.Taking pictures of the stairs depicted in the last scene of the movie is one of the pleasures, but if you deepen understanding of the history of Suga-Jinja Shrine, you can also feel the wonders of the Suga-Jinja Shrine.

Then let’s look at the basic information, access method and history of Suga-Jinja Shrine.

Suga-Jinja Shrine is the Sochinju of Yotsuya 18 towns.In the Edo period, he was worshipped as’ Tennosama’ by Chinju Yotsuya.The main enshrined deity is “Susanoonomikoto no Okami,” which appears as the main character in Japanese mythology, and “Ukanomitamanokami no Okami,” which is known as Inari, and “Inari-okami”.

As the god of the exorosity of evil spirits and the elimination of evil spirits, Okami no Okami was worshipped by the common people for a long time as god of prosperous business prosperity and good fortune.

If you take a train, you can walk to Suga-Jinja Shrine for about 10 minutes.It is located between Yotsuya Station and Shinanomachi Station.

If you are going out by car, you can use the parking lot of the shrine (entrance 4), but this article introduces you to the nearest parking lot, so please refer to it.

The parking fee may vary.When you use a parking lot, make sure to check the local charge.

The history of Suga-Jinja Shrine

The name’ Suga’ derives from the word’ Goko, Suga and Suga,’ in the word “Go here,” when the Susanoonomikoto retreated from a large snake in the 8 mata which was located upstream of the Hikawa River in Izumo Province (Shimane Prefecture).

In the precinct, there is’ Sanjurokkasen 繪’ (The Thirty Six Immortal Poets), painted in 1836, in 7.Paintings of poets such as Kakinomoto Hitomaro, Ki no Tsurayuki, Otomo no Yakamochi and Ariwara no Narihira are offered.A portrait of a masterpiece was attached to the portrait of the portrait, and it is known as the treasure of Suga-Jinja Shrine.

The Goshu-inpu in Yotsuya Suga-Jinja Shrine (Shinjuku Ward) is’ only written in writing,’ and there is no limited seal.If you want to receive a seal of worship after visiting the shrine, visit the office of the shrine.

Then I’ll introduce you to the charm of Suga-Jinja Shrine and how to enjoy it.Let’s look at the annual events and highlights together.

For 2 days on June first and second, Kagura and dancing are held at Kaguraden.Why don’t you visit the shrine with this opportunity?

In Suga-Jinja Shrine and Otori Shrine, “Yamato-no-ichi no Mikoto” and “Otori no Muraji no Kami” are enshrined, and on the day of Tori no Ichi in November every year, “Tori no ichi” is held.The rooster’s day is visited every 12 days, so this year will take place on the second.

Visitors who receive the “Kaizen Kumate no Kami” in Suga-Jinja Shrine can win a lottery with a luxurious prize once a day.

Oharai is a traditional Japanese thinking that aims to purify and purify various sins and mistakes that cause physical and mental impurity and evil.It has been held since ancient times as an opportunity to look back on itself.

In Oharai, the name and age are written in the shape of a Tashiro (a person who cut a piece of paper into a person’s shape), and the body is stroked and breathed.It is to move the six months’ sins and impurities, and purify them in place of our own.

“I’m going to look for you, I’ve never met you yet.” The words of the protagonist, Taki, were impressive.Films drawn with beautiful colors and delicate words have inspired and influenced many people.

Many people visit the stairs drawn in the last scene, so I recommend you to take pictures early in the morning.It’s nice to visit the spot while feeling the thoughts of the 3 leaves and the waterfall.

This time, “I have a lot of money.I introduced you about the attraction and enjoyment of Suga-Jinja Shrine, which is known as the holy land of “The holy grail.”.How was it?Suga-Jinja Shrine is also recommended for those who want to visit history.The annual event of the year was also attractive.