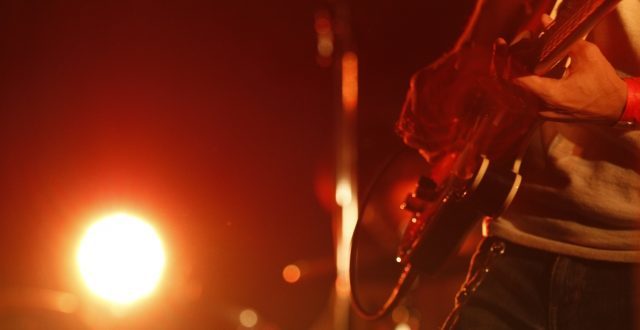 How to enjoy The Yutaka Ozaki Monument

Do you know that the Yutaka Ozaki monument is located in Shibuya Ward, Tokyo?Nearly 30 years have passed since Yutaka Ozaki, a musician and singer, died of the death, but it is now the holy land that fans come to visit as a memorial for Yutaka Ozaki.

This time, I will introduce the history of the Yutaka Ozaki monument and the popularity that remains unchanged.

The passionate singing power and destructive performance in the early 1980 s captured the hearts of young people in the early 1980 s and the early 1990 s.Yutaka Ozaki’s songs were expressed in words with a straight word in terms of the meaning of living, their dreams, and their opposition to society, and the sympathy among the people around the young people was gaining sympathy.At that time he was a charismatic musician and singer, but he suddenly died at the young age of 26.The death of the Yutaka Ozaki made a big impact on society.

Yutaka Ozaki’s work and music activities have a major impact on the Japanese music world, and there are still artists who can cover the music.”Yutaka Ozaki Monument” is one of the places where you can remember the Yutaka Ozaki and become a holy place for fans.

The Yutaka Ozaki monument was built in 1995 according to the third anniversary of Yutaka Ozaki’s memorial service.When the Yutaka Ozaki was at the Aoyama Gakuin high School, he was set up at this place because he was looking at the sunset from this place of Shibuya Cross Tower (Old East Japan Life Building) on his way home from school.

Today, the development of Shibuya is progressing and the number of buildings has increased, so the view of sunset may differ from the old days.Nevertheless, fans of the Yutaka Ozaki’s visit to the world have become a constant place behind the scenes.

In the Yutaka Ozaki monument, flowers and messages have been delivered to Yutaka Ozaki’s birthday and the anniversary of the death.There are many people who visit this monument, such as those who want to feel the feelings of the musicians representing the 1980 s, and those who read the message to the passerby.

Shibuya station is the closest station to the Yutaka Ozaki monument.From the station, go to Shibuya Crosstower.

The way from Shibuya Station to the Yutaka Ozaki monument on the cross tower terrace.It takes about 5 minutes on foot.

It’s a cross tower of cross tower and a pedestrian bridge of Kinsan.The terrace is outside, so you should be careful about weather information when you visit.

If you go by car, there is a parking lot at Shibuya Cross Tower.


3 hours 30 minutes to 24 hours after the maximum charge is received.

The Yutaka Ozaki monument is located in the middle of this engraved copper plate, the engraved part on the left side of the engraved bronze plate, and the fan in the right hand with a space where the fan can write the message.

I’ll tell you more about the highlights of a monument consisting of 3 parts.

In the middle of the human wave, you can walk into the wall.
SUMI, I THINK I HAVE TO LIVE A STRONG LIFE.
A LITTLE BIT of air blows into my heart.
There is a sunset in the foothills
Illuminating all events that occur on the map of the heart now.
SEVENTEEN’S MAP
Yutaka Ozaki
(Lyrics of lyrics and composition Yutaka Ozaki)

This phrase was probably the best way to find the Yutaka Ozaki monument on the way from the Aoyama Gakuin High School to the station.It is a lyrics that feels the movement of the heart when you were 17 years old in the Yutaka Ozaki.In about 2 months after the release of the song, the Yutaka Ozaki decided to leave school and decide to proceed with the music.It was a song that was born during a transitional period of a young life.

In the lower left part of the lyrics, the Yutaka Ozaki’s signature is also reproduced.I think it is a combination of fans with “lyrics of the debut song” and “signature sign.”.

Messages written to the wall

And the fan’s thoughts are not confined to this space, and are also written on the brick wall at the terrace.The red bricks and black letters with a little bit of age are written with their thoughts on each other.It is interesting to read each one of the fans loved by the Yutaka Ozaki.

It has been almost 30 years since the death of the Yutaka Ozaki, and it has passed over the years.The Shibuya area also has a big change, and the Shibuya Cross Tower has become a calmer place than before.The terrace at the current Shibuya Cross tower is a good place to enjoy the Yutaka Ozaki’s thoughts about the busy downtown area.

The Yutaka Ozaki monument is about 5 minutes walk from Shibuya station.On the Shibuya Cross Tower Terrace with a monument, there is a bench corner where you can relax while looking at the plants.Why don’t you visit the Yutaka Ozaki’s Monument in the 1980 s and the 1980 s while visiting the Yutaka Ozaki?