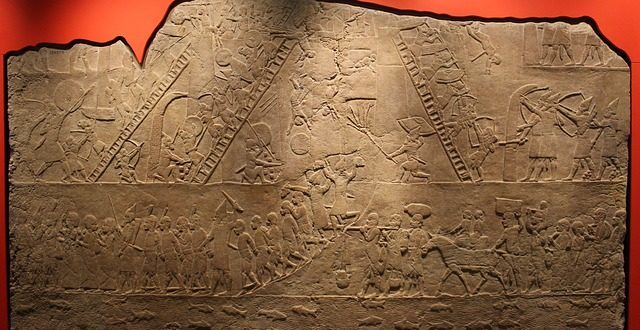 How to enjoy the Ancient Orient Museum

The Orient is unified by Assyria, but it collapses within 100 years and is divided into 4 countries (Media Lydia New Babylonia Egypt).The famous Darius I of Persia then reunified the Orient by Achaemenes Morning Persia.

The Ancient Orient Museum was established in 1978 with the aim of contributing to the improvement and development of the academic culture by conducting research on Ancient Near East and collecting, storing and exhibiting materials related to Ancient Near East in 1978.

The Ancient Orient Museum conducts an overseas scientific study in Syria and other places and exhibits a wide range of materials, including archeology, art and history, in addition to excavated articles.There are about 5,000 materials from the Paleolithic period, mainly the West Asia and the Egyptian region, and the materials from the Syrian period to the Sasang dynasty, and there are also many collections from Syria.

It is also an attractive museum where collection exhibitions, close-up exhibitions, special exhibitions held in summer and autumn, and night courses on Friday night are held.

At the current exhibition, the “Record of the Syrian Cultural Heritage in Danger” introduces the people who work to protect the damage situation in Syria and the protection of cultural heritage.

Syria has 6 World Heritage sites (ancient cities and ancient cities) that are facing a crisis due to Syria civil war (the civil war by Syrian government forces and Syrian dissidents and their allies).They are listed on the list of crisis heritage.

At the special exhibition in the summer, ancient heroes including ancient Mesopotamian, the legendary kings of the early days of the Smail dynasty, and materials related to the daily life of the ancient people, including ancient Mesopotamimia, the main character of the world’s oldest literary work “Gilgamesh Epic”, will be exhibited in the exhibition in the early days of the summer Gilgamesh.

If you are interested in the Mesopotamia era, please try to visit it.

The future exhibition schedule is as follows.Please use it as a reference when you visit.

[Collection Exhibition] “Time Slip! The World of Ancient Near East”
“A Record of the Syrian Cultural Heritage in Crisis”
* On Saturdays and Sundays during the collection exhibition, elementary school students (with their parents) and junior high school students are free of charge.
[Summer Special Exhibition] : “Heroes of Gilgamesh and Ancient Near East”

The “Record of the Syrian cultural heritage in danger” can be attended without the necessity of the lecture at the Expo.

[Expo] : “Record of the Syrian Cultural Heritage in Crisis”

Let’s look at how to access the Orient Museum.Here is the information about the nearest station and the parking lot.If you are visiting by train, it takes 6 minutes’ walk from Exit 6 and 7 on the Tokyo Metro Yuraku-cho Line and 13 minutes walk from the JR Ikebukuro Station Higashi Exit. It is a minute walk away from the station. Higashi-ikebukuro Station.

If you are visiting by car, you can use the “Sunshine City Parking Lot” directly connected to the capital Freeway 5 “Higashi-Ikebukuro Exit.”.

The Sunshine Parking is color-coded for each building.Let’s park the cultural hall with the Ancient Orient Museum in the “blue area.”.

By the way, the Sunshine 60 building is green area, the specialty street Alpa is orange area, the Prince Hotel is a yellow area, and the planetarium and aquariums are red areas.

Opening hours of the Ancient Orient Museum and admission

Closed day of the exhibition scheduled for 2019.

In the Ancient Orient Museum, many exhibitions, including a popular night course, are held.Let’s look at what kind of appeal there is.

The night course on Friday night is the first 150 popular courses held once a month, but there is also a course called free school.The free school is a course for those who want to learn more about the culture and language of Ancient Near East.

Purchase souvenirs at the museum shop

People who usually don’t go to the museum often try to visit the Ancient Orient Museum by using holidays, etc.It may become an opportunity to learn more about Ancient Near East.