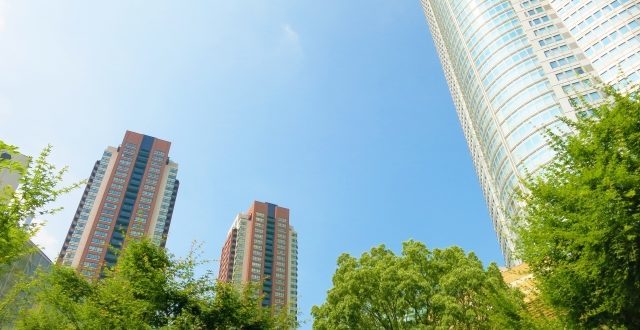 How to enjoy “Aoyama Park”

The urban oasis surrounded by greenery, “Aoyama Park” is a relaxing place for 12,000,000 residents, relieving the hearts of many people, including nearby residents, students and businessmen.

As a valuable green place in Tokyo, there may be a number of places where people visit, such as the 1 scenes of TV commercials and dramas, so there may be some places where visitors can feel the view.
Then I would like to introduce the appeal of the Tokyo Metropolitan Aoyama Park.

Appeal and Basic Information of the Urban Oasis “Aoyama Park”

Located in the middle of a big city, an oasis like a green boat, “Aoyama Park” is a healing plaza for people who are surrounded by nature.

The place is located between Roppongi and Akasaka, and it was opened in 1970 (1970) in a park where the ruins of the former Army’s shooting range and the ruins of the repatriate house were established.

In addition, there are about 4 hectares of land, including walking trails, jogging courses, walking trails, sports ground, and other places where children can walk around.

Every spring, cherry blossoms bloom and this city’s oasis becomes a famous cherry blossom viewing spot in Tokyo.And during the green season with lush greenery, you can feel a refreshing atmosphere in the city while bathing in the forest.

The “Aoyama Park” is divided into 2 areas, the northern area and the Roppongi side on the Akasaka side. In the children’s square in the north district, it becomes a playground for local children, and it is lively every day.

The southern area is located between the auxiliary line 6 and the Circular 3, and there is a space used for sports ground, multi discipline gland and event venue.Events held every season are famous for the walking event with 3 parks, and the Autumn German festival in 2011.

In the surrounding area, there are famous places such as Aoyama Park, Jingu Gaien, national gallery, Roppongi Hills and other attractions, and it is very good place to visit.

The history of “Aoyama Park”

The south area of “Aoyama Park” started in 1958 when the Tokyo Metropolitan Government began to develop the ruins of the former backgate and shooting range of shooting ranges at the west side of the barracks.

On the other hand, the northern area is a park where the ruins of repatriate residences are built, so it has a complex shape surrounding the residential land.

The scale of the Aoyama Park

The area of the Aoyama Park is 38,465.49 square meters.
The vast grounds are divided into various zones, such as Event Area, sports ground, multi discipline gland and walking courses.

When you come with my car, please come to the Circular 3 of the Tokyo metropolitan route 319.
There is no parking lot, so if you come by car, please use the parking lot of the nearest facility.

Aoyama Park can be played by baseball or soccer

There is a spacious Multipurposes Sports Ground in the middle of the park in the south area.
In this case, families in nearby families, employees in break time, and teams such as baseball and soccer are gathering on weekends, and sweat is being absorbed in everyday practice.

Aoyama Park is a spring spot for spring

In the spring, the flower beds and walking courses of “Aoyama Park” bloom with colorful flowers.
The flowers of the flower beds, which are raised by local volunteers, are warm and the hearts of passers-by are relaxed.

“Aoyama Park” is recommended for the dog walking course

“Aoyama Park” is also a recommended spot for dog walking.

Unfortunately, there is no dog run, but the walking trails and the lawn in the square are happy with the dogs, and it will be a valuable walking course in the city as well.It seems that exchanges between owners become more familiar, and exchanges become deeper.

The south area is located next to Aoyama Cemetery and the New National Museum of Art and Roppongi Hills, where various events and sports are held at the Event Area and the Multipurpose plaza.

The event is held in the autumn German festival, commemorating the walking event of the 3 parks and the 150 years of the Japanese and German exchanges that started in 2011.

In addition, the north-south garden across the cemetery and the street is a cherry blossom tree, which is one of the most famous cherry blossom spots in Tokyo.

The southern area of the south district is the site of the shooting range of the former Army camp.On the west side along the road, the heliport of the U.S. military base in Japan is adjacent to the heliport, so it is called the Heliport Park, and the whole square looks different from the atmosphere of the northern area.

Highlights of the northern Area of the Aoyama Park, playspot

The northern area that spreads around the residential land is located in Minami-Aoyama.The northern area is mainly used by local residents, and visitors who bring their pets in the morning and evening, as well as those who jog, can see the scenes.

The flower beds, which are arranged by volunteers, have a variety of colorful flowers, and they enjoy the eyes of passers-by people every season.

The vast lawn plaza, which doesn’t seem to be the middle of the city, is so large that the children run around freely, and this famous tree of wood trees is here.

There are many families who spend a long time spending a long time while eating a lunch mat on a green carpet in such a city.

The neighboring Minato Aoba Park also has a pleasant playground equipment for children, and you can see how you can travel between the two parks.

Now, I introduced you to the Urban Oasis Aoyama Park. How did you like it?

It is a rare time for people in urban areas to visit the city, restaurants and cities, but in the midst of such a situation, the “Aoyama Park” in the city is a very valuable recreation space for the people in Tokyo, and it will continue to be a very valuable place for the rest of the everyday life.

Please try to visit the healing green oasis in the big cities, not only in the local neighborhood, but also in the other areas.