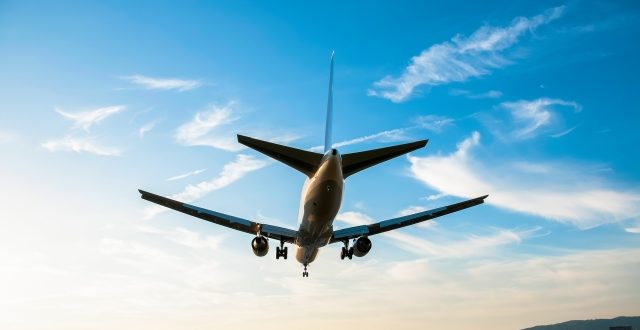 5 means and recommended services to travel between Haneda and Narita

Haneda Airport and Narita Airport are located very close to each other, so you can get not only wide range of the choice of flight conbination, but also cheaper flight.

However, if you move from Haneda to Narita, it is necessary to take a closer look at the means of transportation, because transit time is sometimes too short to travel between them, or there is a lot of risk if you have big laggage.

Haneda Airport is Japan’s largest airport in Ota Ward, Tokyo. And Narita Airport is located in Narita City, Chiba Prefecture. It takes about 80 kilometers to travel by car, and it takes about 1 hour and 30 minutes.

The big 2 airports and the most troublesome ones are the size and the number of terminals! Before introducing each mobile method, it is essential to check which terminal your plane will depart from! So, I have summarized each terminal information.

I recommend “Free shuttle bus between terminals” that runs between the first and the second terminal of domestic flights, between the international terminal and the Domestic Terminal railway station, every 4 minutes.

(It is possible to move without being caught in the crowd by using the underground passageway for each domestic terminal, but it will take 5 minutes since it is 400 meters.)

The way to divide a terminal at Narita Airport is complicated, and it may change depending on the flight, so please check it out from the official website.

when moving Haneda Airport and Narita Airport by “Limousine Bus”

When you travel from Haneda Airport to Narita Airport by limousine bus, you use Airport Limousine operated by Tokyo Airport Transport Co., Ltd.

(If you have a disability certificate, it will be a fifty percent off from the regular fare.).)

It depends on time, but it usually takes 1 to 1 hours and 30 minutes.Also, it takes a little time depending on which bus stop you get on and where you get off (approximately 10 minutes).

How to Buy “Limousine Bus” ticket

There are 4 major ways to buy tickets.

The number of buses is limited to 1 hours, so if you purchase in advance by net or phone, you can prevent the tickets from being sold out and waiting for you! (Phone correspondence is from 9 am to 19 pm, Saturday holiday is from 9 am to 18 am.)

Please check on the official website for details!
https://www.limousinebus.co.jp/areas/detail/nrt/haneda

The stop of “Limousine Bus”

The boarding place depends on the airport and terminal.

The case of Haneda Airport

The case of Narita Airport

Basically, it takes about every 15 minutes to move from either side to either side.(However, since the number of buses departing from Haneda Airport International Terminal and Narita Airport Terminal 3 terminals is very small, I recommend you to check it in advance on the timetable below!)!)

There are 2 major advantages of moving by limousine bus.

Especially if you travel abroad, you will have to carry your baggage on 2 big suitcases.A limousine can be used to put all large suitcases into a bus compartment, so you don’t have to carry them, you don’t need to worry about it, you can sit down and relax on your seat.

Also, if you know where you get off, you just get off and get off!You can borrow the cart from the cart parking nearby and go to the swivel check in!

I think you can find a person who often travels abroad, but there is nothing more difficult than having a big suitcase with a large suitcase.If you use limousine bus, there is no such dissatisfaction!

On the other hand, there are 3 major disadvantages of moving in a limousine.

Compared to other methods, the price is really high. It’s not a good choice for people who want to spend less money on a trip that’s important to keep it cheap.

Also, the flight of an airplane is life. I don’t recommend it if a delay of a few minutes is fatal.

Airport Express is a direct train that runs from Haneda Airport to Narita Airport, operated by Keikyu Corporation.

After leaving Haneda Airport, you get on Toei Asakusa Line from Sengakuji Station, get on keisei line from Oshiage Station, change your name to Access express, and drive to Narita Airport.

It is easy to get confused because the name changes or the line changes, but all trains run directly between Haneda Airport on the same train. (When you go from Narita to Haneda, you will get on the Access express and the name will change from Oshiage to Airport.)

From Haneda Airport, you take an escalator from the arrival lobby to the first basement floor, and follow the guide of Keihin Electric Express Railway line and Keikyu Corporation to walk. I’m looking for an escalator that connects to the Keikyu line on the way.

When you arrive at the Keikyu Line, you can choose the option “ Keisei Sky Access Line on the ticket vending machine of the ticket. And then just follow the guide board! If you don’t know the bus stop, I recommend you to ask the station staff! It may be confusing because there is a few of them.

On the ticket vending machine, please look for “Access Line” or “Airport Express” on the Keikyu Line.If you can’t find either of them, I recommend you to ask the station staff. The destination is “Haneda Airport”.

The 2 benefits of using Airport Special Express are as follows.

There are 2 disadvantages of using “Airport Special Express” to move.

Unlike buses, there isn’t a single seat, so it might be difficult to find a seat. It may not be a very recommended means to work hard for a trip.

If you use the Narita Express operated by JR East, you need to transfer at Shinagawa Station.

From Haneda Airport, take the Keikyu Line (bound for Imba Nihon-idai Direction), get off at Shinagawa Station, and get on the JR Narita Express.You use this reverse when you go to Haneda Airport from Narita Airport.

How to access to “Narita Express” from Haneda Airport
From Haneda Airport, just like using the above Airport Amenity, you move underground, look for a Keikyu Corporation stand, and then buy a regular ticket at the ticket vending machine. The first ticket to purchase is to Shinagawa Station (410 yen).

Then, when you arrive at Shinagawa station, look for the JR bus stop, and buy a ticket for Narita Express. At that time, the price of the limited express seat will be charged in addition to the ticket price, so the total will be 3190 yen.

Benefits to travel between airports with Narita Express

The advantage of using Keikyu Corporation and Narita Express is that you can definitely sit on seat for about 1 hours from Shinagawa. It’s a reserved seat, so it’s easy to make it for 1 hours.And there is a lot of numbers.

It is a good choice when you want to move during the time when there is no airport pleasure special, as there are not many air port pleasures.

Demerits to travel between airports with Narita Express

On the other hand, the disadvantage is that the transfer is necessary and the price is high.It’s a train, so it’s very punctual, but it might be a bit annoying to be a bit more expensive than a limousine bus.And if you have a lot of baggage, it might be a little difficult to transfer at a Shinagawa station with many people.

Since March 2018, the limited express of JR East, which was known as the nickname of Airport Narita, has been discontinued, and now it is just a rapid train.

From Haneda Airport, Keikyu Corporation is used to Shinagawa Station as in the case of Narita Express.After that, you buy a ticket from Shinagawa Station to Narita Airport, and get on the regular Yokosuka Sōbu Line train. It takes about 2 hours, and the fare is about 1900 yen.

From Narita Airport, we run on the opposite side of the road.

As in the above 2, we use Keikyu Corporation, so we go to the basement first floor at Haneda airport, and go to Keikyu Corporation.After that, transfer at Shinagawa Station and take a rapid train bound for Narita Airport.

At Narita Airport, you go down to the first basement floor and proceed to the JR bus stop. You can buy a ticket to Shinagawa, and take Keikyu Corporation at Shinagawa station.

Benefits of moving between airports with Airport Narita

All of them are ordinary cars, so the price will be considerably cheaper.

Demerits of moving between airports with Airport Narita

However, it takes time, and there is a transfer, so I can’t recommend it very much. But it’s a regular train, so you don’t have to tie it up for time, so it’s a good option for those who want to move slowly.

The last way to travel by taxi is different depending on the taxi company, but it costs about 30000 yen. And if you use the expressway, it will arrive in about 1 hours and 30 minutes.

Benefits of moving between airports by taxi

It is very easy to move by taxi.

First, if you take a taxi, you can sleep for 1 hours and 30 minutes, and you will be guided to the entrance of the terminal at the airport. If you get to the driver and get out of the airport right away, you will be in front of the airport departure lobby. I think it’s the easiest way to do it.

Demerits of moving between airportsby taxi

However, as long as you run on a road, there is a possibility of delay due to the congestion of the road, and the price is very high because it is a taxi. Even if you get on a car, it will be more expensive than other options.

And if you travel with your family, it will be difficult to put all your luggage on a taxi if you have a lot of luggage, so it will cost about 60000 yen for 2 cars. It is easy, but I think that traveling by taxi will be the last resort for many people.