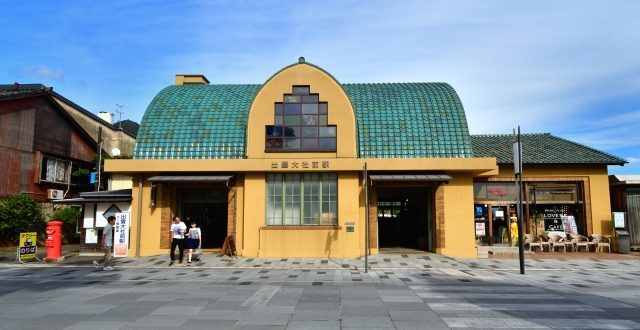 Izumo-taisha Shrine enshrines gods that are famous throughout Japan and are famous for their marriage.Oonokami is known for’ Okuninushi Okami’ and is widely known as’ Daikokusama.’.When it appears in Nihonshoki, it is described in “Otakanoki no Kami”, but all are the same gods.

This time, I will introduce you to the “Izumo-Taisha Tokyo Bunmonshi” in Roppongi, Tokyo, among many different dialects.The head office is in Izumo, so some people worry that it may not be effective, but it is possible to get the same benefit as the head office, so please don’t worry.The formal way to worship is important to get the history of the Tokyo Bunshi, so I will introduce you to the manners as well.

The Kanda Shrine and the enshrined deity were together, and the school of the chief priest was related to Hirata no Moritane of Hirata school, and the chief of the branch office at that time was in a deep variety of related relationships in Tokyo, and at the time of the theory of worship, he was deeply connected to Izumo’s camp, and was the base of the Izumo school in Tokyo.

On April 4, 1882, the Tokyo branch office was relocated to Nibancho in Kojimachi Ward, and in May 1882, the religious policy of the Meiji government prohibited the propagation of cloth by Shinto priests, and 尊福 Kinko decided to make a special appeal to Izumo-taisha Shrine.On May 4, 1883, the temple was established at the Tokyo branch office, and 尊福 no Kinko was built by the Izumo-Taisha Tokyo Branch of Izumo Taisha Shrine with the spirit of Worship.

After that, the spirit of war was suffered, and the spirit of worship was able to be moved. Unfortunately, the amount of’ Tsunekuni Jiyu’, which was granted by Arisugawanomiya, was lost.For a while, it was relocated to the temporary office at Kasumicho, but on December 31, 1961, the Head Office of the Senke 遂彦 Business Office rebuilt the wooden temple in the present location.On December 4, 1980, it was rebuilt in the current building of the reinforced concrete building with the neighboring urban development.

Subway : Roppongi Station
・ Tokyo Metro Hibiya Line (Exit on the second exit of the Family Mart at the exit of the Meidi-Ya and the corner of the.) 1
・ Toei Subway Oedo Line (Exit No. 7, right at the end of Nishikoen and a 3 minute walk to the end of the road)

– The Ikura ramp Exit of the Metropolitan Expressway High-Speed Loop Line
* The exclusive parking space for the Izumo-Taisha Tokyo branch is only 2.If the parking lot is full, please use the time rental parking lot near the parking lot.

First of all, I’ll explain the key etiquette from the Temizuya to the worship of the shrine.

If you go along the approach of the shrine, there is usually a Suizuya near the entrance of the temple at any shrine.Before visiting the god, it is an important purification place to remove impurities in this Temizuya.Be sure to use it in a clear body before the god.The manners are as follows.

* As it is done with only one ladle of water, try to collect as much water as possible when the water is first drawn.It’s a breach of manners to collect water many times, so let’s be careful.It is also bad manners to put your mouth on a ladle.The hygiene is not good, so be sure to take water with your hands and put it in your mouth.

After purifying it in a water house, worship hall is enshrined at the Haiden.Izumo-taisha Shrine is different from other shrines in terms of etiquette, and usually’ 2 bows 2 clap one bow’ is common, but Izumo Taisha is called’ 2 rei’ 4 claps’.The manners after standing in front of the hall of worship are as follows.

There are various theories about why Izumo Taisha is’ 2 bows 4 claps and one bow.’.

In addition, Izumo-taisha Shrine is originally formal in terms of 8 claps, and at the time of the regular festival on May 14, “2 bows 8 claps” are held.8 means the meaning of Suehiro, and it represents “infinite.”.It is also used to indicate that there are many numbers such as’ Yagumo’,’ Yaegaki’ and’ Yae-zakura.’.

In other words,’ 8 claps’ means’ dedicating endless applause to God,’ and at Izumo Taisha it is regarded as the number of formal claps held at the regular festival.From there, it is said that at Izumo Taisha, 4 claps are the half of 8 claps.

In addition, it is said that there is a sense of reverence to the’ 4 gods,’ which is said to be the guardian of the east-west, and the North-South, and that there is a reason to pray for the prosperity and prosperity of the four seasons through the 1 years because it is carried out 2 times in a manner that is usually 2 claps.

Let’s enjoy the right manners of worship and pray to the gods so that they will love them.

Izumo Taisha is famous for its good luck with marriage, but it introduces the items such as Goshuinshi and amulets so that you can receive more benefits after visiting the shrine.

Goshuinto is a proof of visiting a shrine.Originally, the sutra was copied by copying, and the one that was given as a proof was’ Goshuinto.’.It is said to be’ Nokyo seal’ because the sutra is paid and the seal is given.The Goshuinin is also a proof of worship, but it is also said to be a god, so it is important to keep it carefully so as not to treat it carelessly.

You can get the seal of Izumo Taisha at the Corporate office.The Hatsuho fee is 300 yen.

You need to have a Goshuincho in order to get a Goshuinshi.There is an original Goshuincho with different designs at each shrine, and it is one of the pleasures of visiting shrines.The Goshuincho of Izumo Taisha Tokyo Bunshi is a red and blue goshuincho with the main building of Izumo-Taisha Shrine.The Hatsuho fee is 1500 yen.

The charm is one of the pleasures after visiting the shrine, but the charm which is especially popular among the Izumo Taisha Tokyo Bunshi is “Enkin no Thread Protection”.It is a red and white thread made according to the divine virtue of god.Since the amulets are always said to be worn, you should try to sew them into a red or white inconspicuous clothes or small items, or connect them to a 5 yen coin, so try to wear them as an amulet, so try to wear them in a way that you like.The Hatsuho fee is 1000 yen.

It seems like the wish will come true if you pray while praying that you have a good relationship with the god.Also, it is said that it is good to divide the amulets into people, so it is good to present them as presents to friends or acquaintances who want to be happy.The effect of good luck is high, and there are voices such as “I was able to get married,” “I was married,” and “I was blessed with good luck,” so I would like to make sure that I owe my favor.

Ema is a ema with pictures of men and women.There seems to be no special manners when writing Ema, but the wish is written in mind and it seems better to write the address and the name in the end.However, there are currently personal information leaks, so the initials are all right as well.It is better to tie Ema to a dedicated place after the description, but it is said that it is acceptable to bring it back to you later if it is offered later.However, store the storage place in a Shinto altar or at the top of the store.

There is a lovely white rabbit ornament at the place where you can dedicate the Ema to Izumo Grand Shrine.There is a relationship between Shirakushi no Mikoto and Okuninushi no Mikoto, the god of worship.It became a mythical myth in the Kojiki, but before the name of Okuninushi no Mikoto, it was called Omiramalate no kami.There were many older gods called 8 Togami, but it was said to be a mean god.One day I was traveling to marry a 8 kamihime who lived in a beautiful Inaba Province.The wicked 80 gods walk to the front with all their belongings held by the Oramalate god.

When he was walking late, he met a rabbit who was crying.I heard that the rabbit was peeled by the crocodile, and he was crying, so he encountered the 80 gods who were walking first and got hurt.The nasty 80 gods give you a lie to try to hurt further.He said, “It’s going to be a breeze in the sea, and you’re going to heal it in the mountains,” he said, but he went as far as he was told, and he was crying for a lot of pain and pain.

I have introduced you to the Izumo Grand Shrine of Izumo Taisha, but if you are too far away from Shimane, those who have a dialect of Izumo Taisha are not the same as the head office of Shimane Prefecture, so please visit the shrine.It is a wonderful place where you can purify your heart by just visiting a sacred air, and make it feel like a good thing.

In addition to good luck, there are also family safety, business prosperity, and so on.The good relationship between men and women can lead to good relations between men and women, and it’s good to visit people who are troubled by their work, because they can lead the good relationship between work and friends.I know about the god of Izumo Taisha and pray for good friendship with the polite way to worship.There are museums and Roppongi Hills near Izumo-Taisha Tokyo Bunshi, so please try to visit the Roppongi area.

Thank you very much for reading the article.