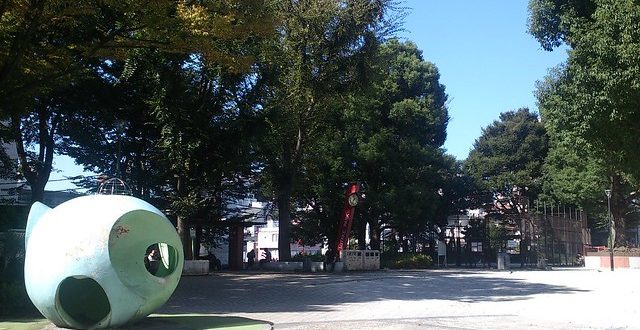 How to enjoy Mitake park

Do you know the Yoshitake Park in Shibuya Ward, Tokyo?The Yoshitake park is a 10 minute walk from the JR Shibuya station. It is a park that you can enjoy with the playground equipment, a little rest, and so on. It is recommended to take a rest when you are tired of the hustle and bustle of Shibuya.

I’ll introduce you how to enjoy the oasis Yoshitake park, an urban oasis that is relaxing and is surrounded by trees!

The Yoshitake park, which is surrounded by natural surroundings, is a perfect park for people who are tired of the crowds, tourism and shopping in Shibuya.There is also a Miyashita Park nearby, so you can access it at a distance of about 1 minutes, so it is recommended to visit along with the Yoshitake park.

There is also a smoking area in the park, so it is a pleasant spot for smokers.

In the Yoshitake park, there was a basketball court with 2 basket goals, and the name of the court was named “Jordan Coat.”.As its name suggests, this basketball coat is a basket coat donated by the “Michael Jordan,” which is known as the god of basketball.

At the entrance of the court, there was a message from “Michael Jordan” and a bill.

“Jordan Court” was demolished for redevelopment in 2015, but it used to be a famous place in Shibuya where students gather on weekdays.

Yoshitake parks have a variety of fun ways to enjoy, such as the spherical playground equipment that children can play, the rest centers where they can rest even though they are small, and the communal cooking with the support of the Nojuku every Saturday.I would like to introduce you to the highlights of such Yoshitake parks.

It is a symbol of Yoshitake park, and the “spherical playground equipment”, which is an art, is still loved by children even now.

At the Yoshitake Park, there is a joint cooking of the Noyado support from 16 o’ clock every Saturday.It is an organization that supports Noyado in Shibuya Ward.

It is an event where you can expand your world by having a experience that you can’t experience easily.You can participate directly on the day, so why don’t you try to participate?

The “Shibuya Office Temporary Office” built in the Yoshitake park started to work at the new office building on January 15, 2019, and as of April 2019, it is said that this building has not been used.

I have introduced some Yoshitake parks that have been loved by the people of Shibuya. How did you like them?

Also, every Saturday joint cooking is a very rare event in other parks.If you’re interested, please go to the Yoshitake Park.