Home / Travel / Tokyo Travel / How to use “Roppongi Station” conveniently 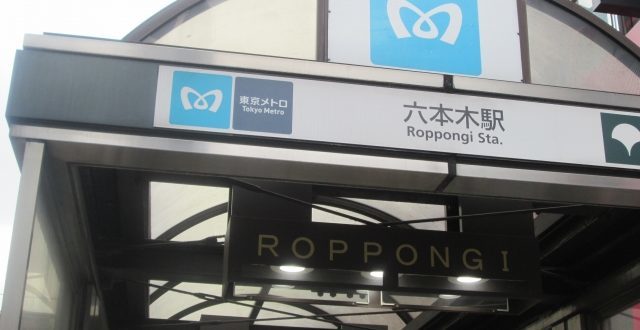 How to use “Roppongi Station” conveniently

2019年2月27日 Tokyo Travel Comments Off on How to use “Roppongi Station” conveniently 1,409 Views

Roppongi runs through Hibiya Line and Toei Oedo Line, and it is a very convenient station to access to popular attractions in Roppongi.Access from major stations such as Shinjuku and Tokyo Station is also good.There are popular spots like Ark Hills and Roppongi Hills near Roppongi Station, but the Hibiya line and Toei Oeedo line are connected underground, so it is important to know how to get there.

Roppongi Station is the most suitable station for accessing popular tourist attractions in Roppongi.The Tokyo Metro Hibiya Line and the Toei-Oedo Line have been opened, and there are times when you can move to a popular city in the city center smoothly.

First, let’s look at the basic information of Roppongi Station on the structure and location of each tenant.

Roppongi Station of Hibiya Line of Tokyo Metro is a concept of 2 F underground, and there are 1 or 2 exits on the Naka-meguro side, and 3 or 4 exits on the north Senju side.The ticket gate is located on both sides, so if you transfer to Oedo line, you will be moving on the escalator in front of Kitasenju.

From the exit number 1, which goes through the ticket gate towards Naka-meguro, it is a passageway to Roppongi Hills, so it’s convenient to visit Roppongi Hills.

The Toei Oedo Line Roppongi Station is a deep hierarchy up to 7 F underground.In the underground 5 f, the train in the direction of Shinjuku is stopped at 7 f, so it is important to use the floor without mistake.

If you go to Tokyo Midtown, let’s get out of the exit on the Shinjuku side.

The Toei Oedo Line Roppongi Station is 42.3 meters underground in the area of 7 F underground, and it takes about 6 minutes until you get on the ground.When you use Roppongi station for work, you have to take care of this time, so there is a possibility that you won’t be able to meet the time when you meet.

ATM corner is near the ticket gate of exit 3,4.There is a coin locker, a kiosk, and a ticket counter nearby, so if you need cash, it’s better to pull it out at this ATM corner.

There are 2 coin lockers in Roppongi station.One is at Exit 3,4, and the other is near Exit 1.Both are located outside of the ticket gate near the ticket gate.It is convenient to use these coin lockers when you want to temporarily deposit your luggage by using Roppongi Station.

When you notice that shoes are dirty before your work meeting, you will be able to make your shoes look shiny by using Mister Mitten.

There is a shop called LAWSON METRO’S, where you can buy light meals, drinks, newspapers, and so on.Both the Hibiya Line and the Toei-Oedo Line are located outside of the ticket gates of 3 and 4, which are easy to use, so let’s use it when you pass around.

There are 4 toilets in Roppongi station, both of which are located in the station premises, so you need to pass through the ticket gate to use them.

On the Hibiya Line, there is a toilet on both sides of the basement 2 f which has a platform, so it’s better to use a restroom nearby.On the Toei-Oedo Line, both of them are located immediately after you enter the station ticket gate.The platform floor and the ticket gate floor are far away, so it takes a long time to move, so you can be relieved if you add them before you get down to the platform floor.

Roppongi Station has a large number of Hibiya and Oedo lines on its vast premises, so there are 8 exits.You can move comfortably by selecting an outlet for your purpose, but if you make a mistake in the place where you are going, you will be in a situation where you can use the time unexpectedly, so be careful.Let’s take a look at the sights and tourist spots near each exit.

Route from Roppongi Station to Midtown via Underground Passage

If you access Roppongi Hills from the Toei-Oedo Line, you need to go on the ground once.Go out of the gate of Daimon side of Oedo Line, cross the underground passage and go to Exit 3,4, which connects to Hibiya Line, and exit from Exit 3.If you go out of exit 3 and walk along Roppongi Street, you will arrive at the entrance of Roppongi Hills in about 3 or 4 minutes.

If you access Roppongi Hills from Roppongi Station of Hibiya Line, the exit of 1 c exit is the nearest exit.If you climb the exit 1 c by an escalator, it will be the entrance of Roppongi Hills, so please use this exit.

If you go to Tokyo Station from Roppongi Station of Toei-Oedo Line, you can travel by about 17 minutes and 340 yen.The mobile route is as follows.

Also, if you move from Roppongi Station on Hibiya Line to Tokyo Station, you can travel by 17 minutes and 170 yen.The Toei Oedo Line and the required time don’t change, but it’s attractive that you don’t have to move on foot, and that you can get a half price of the fare.The mobile route is as follows.

Roppongi Station is a good access station where the Hibiya Line and the Toei-Oedo Line pass through.There is also a famous place like Roppongi Hills, which is the most used station when you access Roppongi.Let’s understand the structure of Roppongi station and the location of toilets, restaurants, and exits, so that we can use Roppongi station more conveniently.