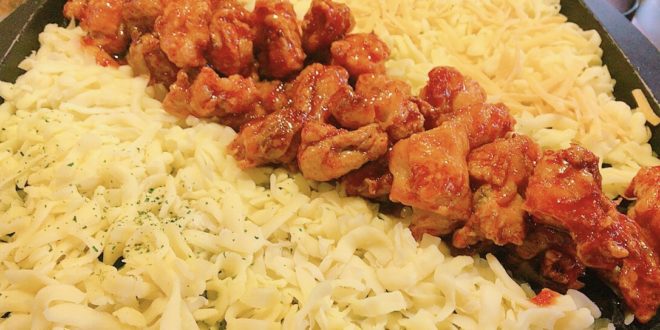 How to enjoy Shinokubo Korean Town

2019年5月14日 Tokyo Travel Comments Off on How to enjoy Shinokubo Korean Town 2,014 Views

This time, I’ll introduce you to the features of the New Okubo Korean Town, the recommended souvenir spots, and the gourmet food and walking spots.Why don’t we go to Shin-Okubo Korean Town by referring to the information this time?

Shinokubo Korean Town is located in Shinjuku Ward, Tokyo and extends to the southeast of Shin-Okubo Station on the JR Yamanote Line, which is a station next to Shinjuku Station.It is also within walking distance from Shinjuku station.

The new Okubo Korean Town is

The Korean town is a region where people in Korea and North Korea form a community and spread around the world.In Japan, there are several places in Japan, mainly in Osaka and Tokyo.

The street along this new Okubo Street has names such as “Shin-Okubo Dori”, “Joban-Dori Street” and “Ikemen Dori”, and there are many shops related to Korea.

The history of the new Okubo Korean town :

In 2003, the Korean drama “Winter Sonata” became a big hit, and Korean culture became popular, and the word “Korean wave” appeared.After that, Korean culture was introduced to, such as dramas, K-pop and food, and interest in Korean culture increased.As a result, the number of visitors to the new Okubo Town was increased, and it grew to become a spot in news and magazines.

Around 2014, the boom of the Korean Wave burst, and the excitement of New Okubo Korean Town, which was close to Shin-Okubo Station, closed due to the closing of the close.However, along with TOHOshinki, KARA, Girls’ generation, BTS and TWICE and K-pop people, the “Korean Wave Department Store” reopened again and regained momentum again.

How to get to Shin-Okubo Korean Town and Parking

The street that continues straight is’ Okubo Dori’.On both sides of Okubo Dori, there is a shop of wave wave.It is the “Ikemen dori” road that goes to the east of Okubo Dori and turns to the right of the traffic light (nighttime push button) across the Seoul market.Go to the south of “Ikemen dori dori” and you’ll get to the main street where you have a traffic light.The main street is called’ Joban-dori Street.’.

There are many Korean wave shops in each street.The restaurant is also a big deal, so if there is a special store in the new Okubo Town, please get out of the latest information from the store and go out.

You can also go to Shinokubo Korean Town from Higashi-shinjuku Station on the Toei-Oedo Line and Tokyo Metro Fukutoshin Line toward the west direction.

“Okubo Dori” is the main street of the 3 streets of Shin-Okubo Korean Town.The road has a sidewalk on both sides, but if you go to the Meiji dori direction from Shin-Okubo Station, the sidewalk on the right side often gets crowded.

When you walk to Meiji-dori street from Shin-Okubo Station, there are shops such as “Hanryu Department Store”, “johannothoptik”, “Korean Wave Story”, “Namdaemun Roll”, “Meidong Norimaki”, “Omni Restaurant”, “Soul market”, “Omniteen restaurant”, and “Omni Dining room” on the right side of the walking path from. dak-galbi?

The “Work Security Street” is a main street with 2 to 3 lanes.It is about the route No. 302, but it is called’ Joban-dori Street’ because it is along the street’ Hello Work Shinjuku’.It is located on the south side of’ Okubo Dori’, which is a main street of Shin-Okubo Korean Town, and the road runs parallel to’ Okubo Dori.’.

In “SHOWbox” and “K-stageo!”, events that introduce the culture and variety of Korean and Japanese culture are held, and the stage of K-pop is sometimes held.It’s also good to check the event and go to the stage you like.

“Okubo Dori” and “Jobayasu Dori” continue to follow the east-west direction, while “Ikemen Dori” connects’ Okubo Dori’ and’ Joban-dori Street’ on the road that stretches between north and south.If you go to Meiji-dori from Shin-Okubo Station, the alley on the right side, which is just past the Seoul market, becomes this “Ikemen dori”.

It is a narrow alley that can pass 1 cars, rather than the main street, such as “Okubo Dori” or “Joban-dori Street.”.There is hardly a car, so pedestrians are easy to walk around.

This street has many shops related to cosmetics and fashion of the Korean wave, and there are many restaurants and outdoor rooms of take-out foods.I recommend it as a way to enjoy easy eating food.

at Shin-Okubo Korean Town
In the New Okubo Korean Town, you can get various products, such as Korean food, chopsticks, K-pop goods, cosmetics and so on.It is perfect as a souvenir for friends and family members.

I’ll introduce you to 4 spots where you can get souvenirs at the New Okubo Korean Town.

Chongarne is a supermarket of Korean food.It is located on the first floor of K-PLAZA 2 building in “Okubo Dori”, so it’s easy to understand.It’s a grocery supermarket, but I recommend you to buy multiple souvenirs at the 1 shops because they sell goods and cosmetics.

Near the entrance of the store, goods such as socks, key holders and pouches are sold, and when you go back a little, Korean cosmetics products are lined up.And many Korean foods are lined up in the back of goods and cosmetics.Especially, I am surprised to hear that the popular section of Korean nori has a lot of its assortment.There are many kinds of seaweed, such as the size of the nori and the manufacturer, so I think you can find a favorite one.

When I want to get a Korean food and a variety of goods and cosmetics, I recommend Chonnegane.

This is a Korean cosmetics shop located in “Okubo Dori”.There is a large screen of K-PLAZA 1 on the other side of the road, so I think it’s easy to find.

It is a recommended shop where you can recommend a product, a cheap price, and a polite explanation from a clerk.It is a cosmetic of Korea, so I think it may be difficult to understand the description.In this respect, it is easy to hear questions about the kind and polite staff.

The cosmetics of “3 ce”, which are famous for Korean cosmetics brands, are also very well stocked.I think you can find the color, the model number and the color number of the lip, foundation and eye shadow as you like.

The Skin Garden boasts the largest shop area in the cosmetics shop in New Okubo Town, Japan.The location is on the second floor of the K-PLAZA 2 building.The first floor is Korean food Super Chunnegone.

Since it deals with only normal imports, it is very safe in terms of quality.It is handled only by the department store in Japan. In Shinokubo, it deals with “Alloism,” which is dealt with only by this skin garden, and “DEWYTREE,” which was developed by dermatologists, and “ME,” which was developed by a dermatologist. LJH.The products that the Ikko praised are also dealing with the products, so they are very famous.

In addition to the cosmetics corner and the accessory corner, the store offers a cafe and a makeup room where you can enjoy the beauty of your body and beauty. It is a space where you can relax and relax.

The “Seoul market” is located on the right side of the Shin-Okubo Station walking direction from the Meiji Dori.It is a supermarket that handles Korean food.Since its own factory is nearby, it is very delicious as it is sold at the store before the freshness of the food, such as dishes, etc.Why don’t we get some homemade products from Seoul market such as Korean side dishes, kimchi and samgyetang?

In particular, home-made kimchi is a part of the seasonal ingredients, so this time I want to buy it many times as it is fun to buy.Also, I am looking forward to choosing the kinds of tea and Korean nori which I have traditionally drunk in Korea.

Let’s go to Korea’s grocery market as if you’re at a supermarket in Korea.

This time, I’ll introduce you to 5 gourmet food and gourmet spots from New Okubo Korean Town.

“Coming sampa store” is a Korean yakiniku (main dish) located on Okubo Dori.There is a course with a set of 15 kinds of Yamamori vegetables, which is a set of yakiniku and meat.Although it is a yakiniku restaurant, you can eat lots of vegetables, so it is very popular with women too.I am very healthy.

We are standing on the shelves at the entrance of the store so that we can provide them with a variety of colorful vegetables.It looks like a small vegetable factory. It is interesting.

There is a good service to make a smoothie when there is a lot of vegetables left in the mountain.This is a recommended sampa restaurant where you can eat lots of vegetables.

It is a restaurant where you can eat “cheese dagalbi” or “cheese samgyeopsal”.This is an irresistible store for those who like cheese.For those who are lost in the main dishes, there is a menu called “Cheese Dabi” and “Cheese Samgyeopsal”, and it is nice to be happy.

The 2 kinds of cheese become thick on the iron plate, and the other kind of raclette cheese hangs down from the top like a waterfall.It is very delicious if you mix the meat and vegetables with hot cheese.

The place is 2 minutes from Shin-Okubo Station and very close to the station.Eat the hot and delicious cheese, Oh!Why don’t we go to kitchen N?

Chatime, a popular bubble tea restaurant in Taiwan, is located at the New Okubo Korean town.Pearl milk tea with plenty of chewy tapioca is popular.

The popular milk tea has various flavors, and I can’t decide whether it’s pearl milk tea (tapioca), Mesona jelly milk tea tea, Hojicha milk tea, etc.Also, there are fruit tea such as mango and grapefruit, latte, smoothie and so on, so you want to enjoy various flavors as many times as you want.

The lid of the cup will shield you, so you can carry a long distance if you don’t poke a straw.

It is a food stall of “hotteok” which is a standard of Korean snacks.It’s a Korean grill.I have a lot of flavors such as honey hotteok, cheese hotteok, anko hotteok, corn hotteok and sweet hotteok, so I wonder which one is delicious.

It seems to have been ranked first in the Internet, and it often has a matrix.As hotteok is put into a paper bag, it is recommended to eat it as well.Why don’t we try a freshly baked hot hotteok?

In addition to “hotteok,” “Topogi” is also sold.This is a sweet and spicy fried rice cake with sweet and spicy Korean rice cake.It is recommended to eat as it is put into a cup and put on a toothpick.

This is a shaved ice restaurant in HOMIBING where colorful fruits and lots of fruits are displayed.The seasonal fruits are also kneaded into the shaved ice, and it is surprising that the texture of the ice and the smoothness of the melting of the mouth are amazing.

The fruits and colorful shaved ice around the are perfect for Instagram!The shaved ice of various fruits will come out according to the season, so I want to eat it again in the different season from the last time.

The New Okubo Korean Town is a spot where you can feel the exotic atmosphere as if you are traveling a small Korean trip.And you can get the value of cosmetics, Korean ingredients, and so on.It’s good to try Korean food with Korean food such as chijimi (Korean pancake), cheese dagalbi (Korean pancake), and bibimbap (bibimbap) at home.

There are a lot of delicious snacks that you can eat, so why don’t you go to the new Okubo Korean town looking for your favorite restaurant?