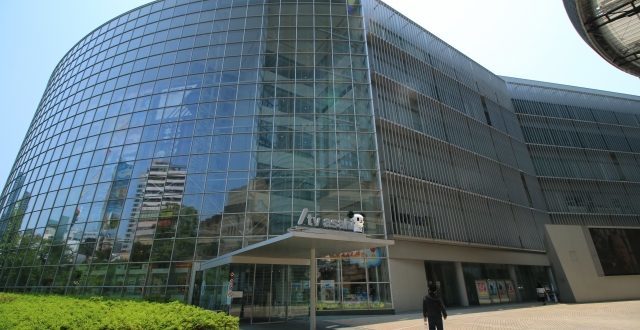 How to enjoy “TV Asahi” sightseeing spots in Roppongi

I’ll introduce you how to enjoy the enjoyment of the TV Asahi Shimbun, where you can experience various experiences and events, the variety and dramas you watch every day, and the more you can feel more about the anime and theater heroes than ever before!

If you read this article, you will definitely want to go sightseeing with TV Asahi!Please use it as a reference when you go to Tokyo sightseeing.

Basic information of the sightseeing spots in Roppongi [TV Asahi]

TV Asahi began broadcasting in 1959.In 2019, the sixtieth anniversary of the opening of the conference was celebrated.

The site is the same as the current one.In 1986, the headquarters was located between Roppongi and Akasaka, but it was moved to the Ark Hills Hills Open in 2003, and there was a history of “returning to Roppongi.”.

Also, since 2014, a large-scale summer festival has been held, attracting attention as a new event spot in Tokyo!

Before I know how to enjoy TV Asahi, I want to find out how to find it.I’ll show you how to access the TV Asahi from the Roppongi Station on the Tokyo Metro Hibiya Line and the Toei-Oedo Line, among the two closest stations.

When you get out of the exit 1 c called “Metro Hat,” you can see the spider object, and go straight ahead to the museum cone, which is just ahead of the object.If you go down to the second basement floor by an elevator or escalator, the front of the TV Asahi is in front of your eyes.

How to access the TV Asahi from Azabu-juban Station

Next, I’ll show you how to access the TV Asahi from Azabu-juban Station on the Tokyo Metro Nanboku Line and Toei-Oedo Line, which are the 1 nearest stations.

The summer festival of the sightseeing spot “TV Asahi” can be enjoyed with children!

The summer festival “Summer Festival Summer Festival” held by TV Asahi since 2014 is a new summer event in Tokyo!The TV Asahi’s popular TV show appears as an attraction, so children are happy!In addition, there are music live and dining booths, so adults can enjoy it as well.

Then, what kind of attractions will appear during the summer festival?In the information of 2018, I would like to introduce some of the attractions that invited me to talk about!

Wearing the latest space helmet, an attraction where you can enjoy the powerful virtual image of National Geographic’s “Strange Stones” is now available!The “Instagram Picture” booth, which can also be enjoyed by other people, was also a great success!

Popular TV show “Ametooke!”!The set is almost as it is!When shooting in front of the set, “Ametooke!”?This was a must-see attraction for SNS, as it was possible to make a ticker of “0 0 comedians”.

“Magic Wall” where the image changes when people pass through the video.The design with a summer-like ice cream has attracted a lot of attention.In addition, “KIREIMO 100% GIRLS! STUDIO” in front of Magic Wall held events such as events by 100% GIRLS.

When you tell Doraemon who appears on a transparent monitor about his wishes, Doraemon’s recommended secret tools are picked up!It was an attraction that not only children who love Doraemon, but also mom and mother together.

What kind of attractions will be available at the summer festival?If you want to go sightseeing in the summer, I’d really like to put it down!

You can enjoy the summer festival even with the “Sanpass”!

“Sanpass” is a 1 day passport that can be used at the “Summer Station” of the “TV Asahi and Roppongi Hills Summer Festival”.There is a lot of benefits, such as you can enter the designated area, use specific attractions, and receive various services such as priority admission to music live.This is an essential item that you can enjoy the summer festival more!

How to enjoy the “TV Asahi” atrium 1 f

Let’s look closely at how to enjoy the atrium 1 f.

The popular TV show, “Teleasa Street” is a popular TV show.There is a photo booth where you can take pictures with the national animation “Doraemon” and “Crayon Shin-chan”, a set of “MUSIC STATIONS” with life-size Tamori, and a set of “Koshiko’s room” that has a life-size Tetsuko Kuroyanagi.You can feel the feeling of appearing on a TV show if you put it in a set that looks like the real one.

There are a lot of TV Asahi goods!We also sell limited goods that we can buy only here.In particular, TV Asahi has lots of special effects hero programs such as “Doraemon”, “Crayon Shin-chan”, “Precure series” and “War Hero Series” and “Men’s Rider Series”, so it’s very satisfying for children!How many hours does it take to choose the goods?

If you’re tired, why don’t you take a rest at the cafe “She-Mad-Roppongi Store” in the atrium?The cafe is interesting because it has a “TV Asahi Original Menu” in addition to the usual cafe menu.It is a spot where you can enjoy TV Asahi sightseeing, such as a cafe latte with a mascot “Gochan” and a limited-time menu with a theme of popular TV programs.

How to tour the TV Asahi in the building

In TV Asahi, we also visit the building where we can look at the back of the program.The TV Asahi does not allow anyone to see the TV Asahi if it is a full reservation, but I would like to participate in the TV Asahi Tour.

So I summarized the tour of the TV Asahi Museum.

The object in the tour of the TV Asahi Shimbun

The number of people visiting the TV Asahi Museum

Schedule of the “TV Asahi” tour to the museum

Held 3 times a month, excluding months to Fridays (excluding the year-end and new year), in 1 days.

Contents of the “TV Asahi” tour of the premises

Tours of studios and broadcast facilities, tours of studio tours, and news experiences at mini-studios.
※ It depends on the time.

If you want to see your favorite TV programs and talent more closely, it is recommended that you apply for the program.Generally speaking, I think there is a scene in which people watch the talk of a talent at a variety program, but in TV Asahi, there is also an invitation to participate in a press conference on the production of the drama and an extra invitation to appear in the main part of the drama.If I win, can you make a TV debut?

First of all, access to the “Present application” page on the TV Asahi website!You can see a list of programs that are inviting program viewing, participation in the press conference, and extra participation, so try to find out if there is any program you’re concerned about.

There are times when you don’t have time to find popular programs, so please check frequently.

If you find the program you are concerned about from the “Present application” page, tap on the program!Then, you can go to a page with details about program viewing, participation in the press conference, and extra participation, so after confirming the recruitment requirements and precautions, apply from the application form.

There is a lot of fun for TV Asahi, a sightseeing spot that is representative of Roppongi!You can spend 1 days with the atrium and summer festivals, and if you can participate in the tour of the museum or the viewing of the program, you will definitely become a memory of your life!

Why don’t you enjoy sightseeing with the TV Asahi with your family, friends and important people?I’m sure you’ll be waiting for a nice and wonderful experience!